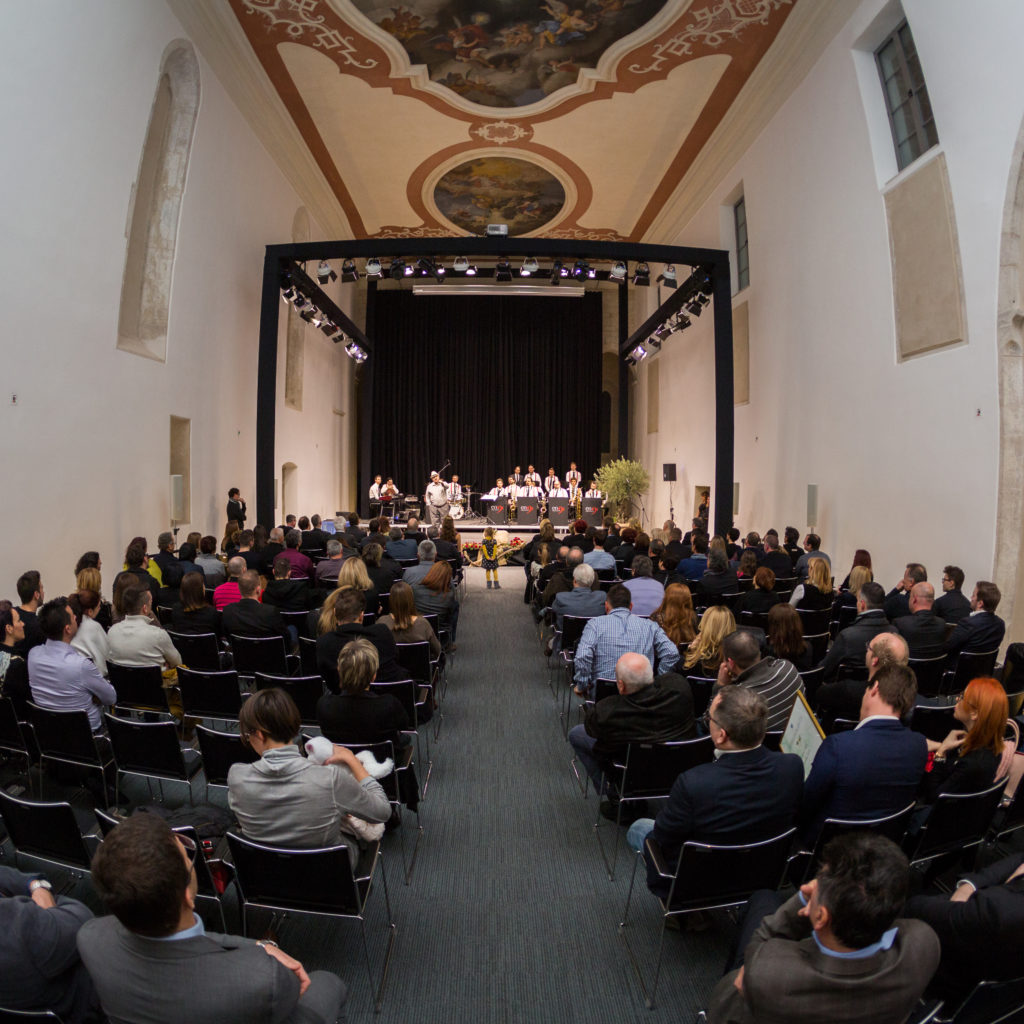 The St Francis of Assisi Ceremonial and Entertainment Hall

The St Francis of Assisi Ceremonial and Entertainment Hall boasts a rich and colourful history.

Originally built as a church in 1268, it has undergone significant changes to this day. In the middle of the 18th century, it was renovated in the Baroque style and has not been used for church purposes since 1809. In 1968 and in 1969, it was transformed into a gym and used as such by the Koper High School until 1990, and then, the building closed down.

Based on the conservation plan, the municipality ordered the project of renovating the church and converting it into a multi-purpose ceremonial and entertainment hall in 2008. The renovation works began in 2012. In the framework of the proposed renovation, the municipality restored the ceiling with its Baroque frescos, and correctly restored and presented the wall paintings ornamenting the main choir chapel. The existing church cornice within the building was also renovated. In the framework of the renovation, the hall has been equipped with an underfloor and wall heating and cooling system, modern stage lighting, a sound system, and acoustic elements. The investment also covered the construction of an extension to the main hall.

Equipment in the hall

Size of the hall

The facility also provides access to a small changing room and toilets.