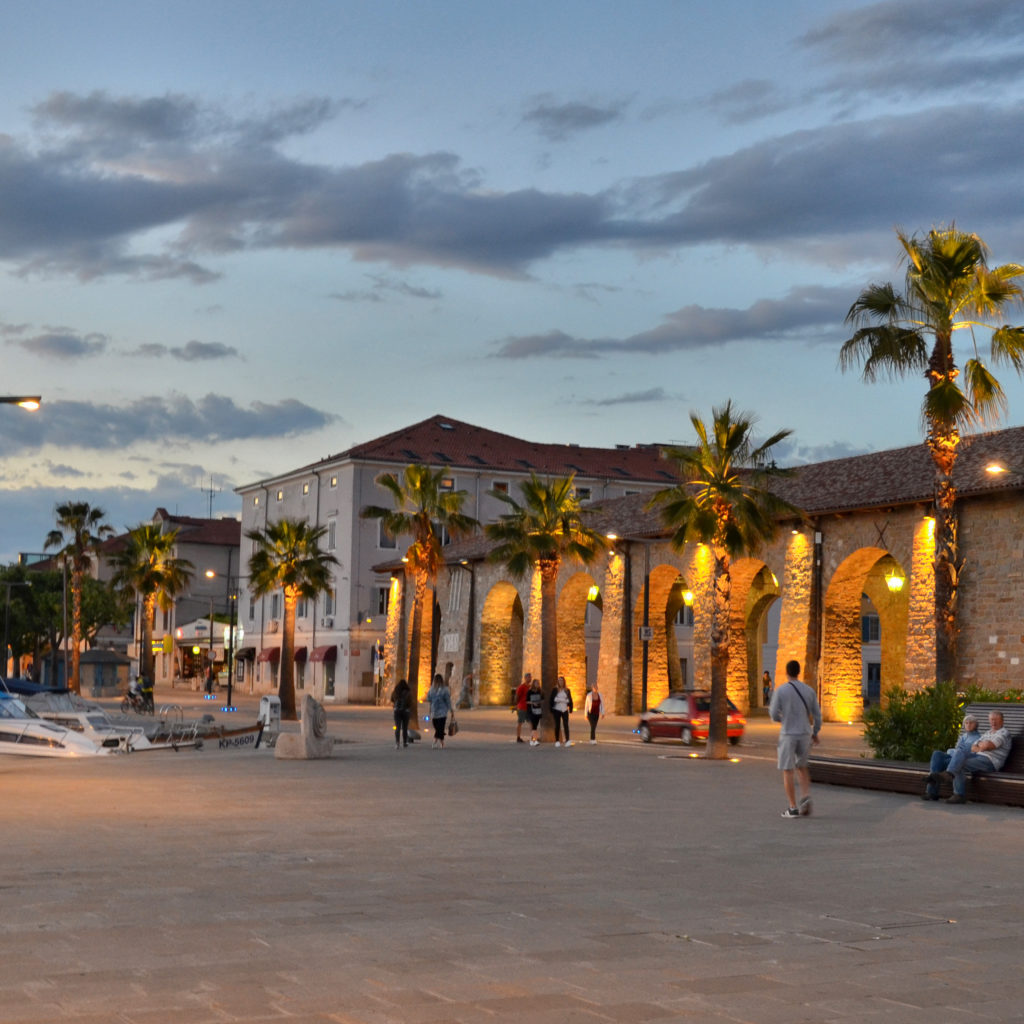 Taverna (“the Tavern”) is the current name for the former salt storehouse of St Mark, which is still located immediately next to the old port of Koper.

According to written sources, former inhabitants started the salt-making at the beginning of the 12th century. Since salt was an important raw material for the economy of the town, they also needed a main storehouse for the salt. The tavern was built into the defensive wall surrounding the town, and was also connected to the gateway to the port, or St Martin’s gate, on the north, and to a small fortification, intended to protect the port, on the south. After the Koper salt evaporation ponds were closed in 1912, the salt storehouse became obsolete and the building started being used for other purposes. In the period between the two World Wars, Ferdinando Forlati, an architect from Trieste, repurposed the building by creating large separation openings on the side overlooking the sea, and placing different spaces within these separations. The external façade boasted a high-quality stone water basin and a Venetian lion holding the crest of Nicolo Capello, podesta of Koper, from 1412.

The facility also provides access to a small changing room and toilets.